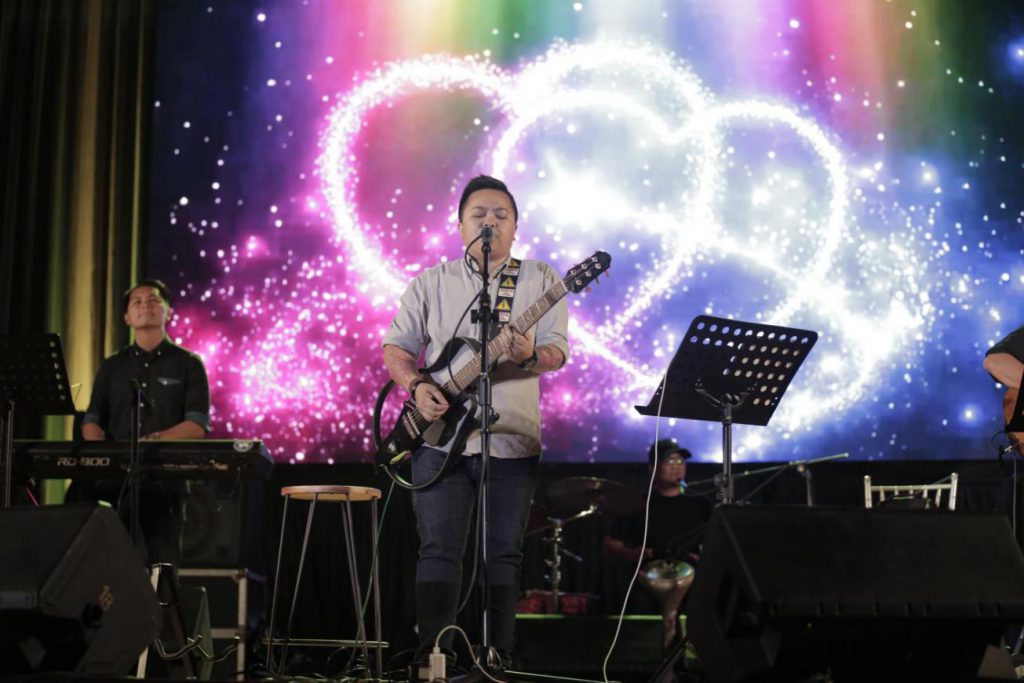 Ice Seguerra lied when he said that he’d give 200% performance. That was because he gave his audience much more than that. Almost two hours of non-stop, back-to-back, all-hits kind of music was what he delivered in his concert “Ice Seguerra Live at the LausGroup Event Centre” last Friday, February 16, 2018. No time outs! No breaks! “Super enjoyed! Sulit!” was an understatement, probably because there’s no word that could best describe a night of astounding performance.

Indeed some of the best things can’t be spoken; they can only be witnessed and heard. Ice, formerly known as Aiza Seguerra, the child wonder in his younger years, has lined up the perfect repertoire for his spectators. He covered some of the popular Beatles’ songs for the young once, such as “In my life”, “‘Till There Was You”, “Come Together” and “I Saw Her Standing There” while fans of ‘90s music headbanged when he started singing Eraserheads’ “Magazine” and “Huling El Bimbo”; and “Iris” by Goo Goo Dolls with his six string guitar. And for those who deferred their Valentine’s celebration for this concert—lovers, hopefuls and for those who are still wallowing on lost love—Ice wonderfully sang “Pakisabi Na Lang”, “Anong Nangyari sa Ating Dalawa?”, “Pagdating Ng Panahon”, “Now That I Have You”, “Fallin’”; “How Did You Know?” by Chiqui Pineda; “You” by The Carpenters; and, “Perfect” originally by Ed Sheeran. It was truly a night of breath-taking performance.

The newly-installed acoustic ceiling at the LausGroup Event Centre, which is designed to absorb noise and make sound more vibrant, captivated both the audience and the musicians. It was no wonder why the likes of Gary Valenciano, Martin Nievera, Sarah Geronimo, Jose Mari Chan and even foreign artists like Engelbert Humperdinck have all chosen the LausGroup Event Centre as among their concert destinations. “Sarap tumugtog. Ganda ng sounds,” one of Ice’s band members commented. There was just no room for murmuring and chitchats because all eyes and ears were on Ice. Everyone had their moments singing along, swooning and internalizing his songs. His mesmerizing voice and wonderful renditions were just so soothing that kept the crowd stuck on their seats during his entire performance.