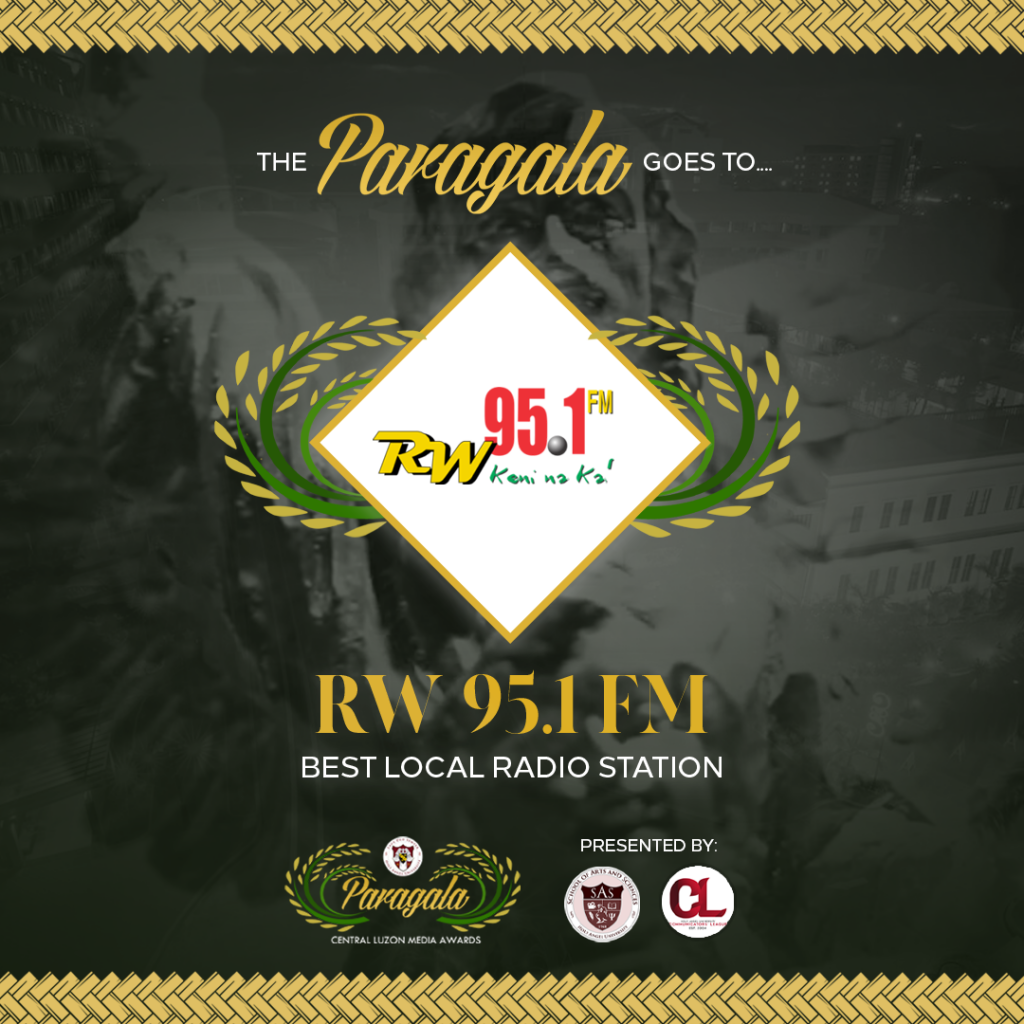 At least 27 schools participated in the selection of winners with more than 20,000 votes counted from different provinces of the region to come up with this year’s awardees.

“To be considered a finalist was already heart-warming, more so to win. Yet, lo and behold, we took home the title,” said veteran broadcaster Fernando “Perry” Pangan, RW 95.1 FM’s station manager.

Propelled by his love for Pampanga, the late Liberato “Levy” Laus, Laus Group of Companies Chairman and CEO, established RW 95.1 FM 25 years ago.

RW 95.1 FM has also been named as the most listened to Provincial FM Station by Kantar Media Radio Studies and Spectrum Research Survey.

It bagged the Best Provincial FM Station in the 16th, 20th, 24th and 27th KBP Golden Dove Awards, one of the most respected award-giving bodies in the Philippine broadcast industry.

“For a local station to beat both Manila and giant provincial radio stations nationwide several times is an enormous achievement for any media entity. But, while we take pride in winning national awards, we realized that nothing compares to the feeling of being recognized by the people of Central Luzon as our heart, passion, and dedication have always been centered to you, our dear cabalens,” Pangan added.

RW 95.1 FM shares the distinction with other finalists, UFM 105.5, Brigada News FM 92.7, Bright FM 91.9 and the rest of the radio stations within the region, who never ceased in keeping the people informed and entertained amidst the pandemic.

“Our sincere gratitude goes out as well to our national and local advertisers who never doubted our capacity to deliver news and entertainment to our listeners. Dakal pung Salamat,” Pangan said.

Pangan also cited the men and women behind RW 95.1 FM for putting up through the hard times and keeping the station on air.

“From the bottom of our hearts, Thank You Paragala for hailing us as the Best Local Radio Station this year,” Pangan said.

August 23, 2022
Jed Madela, Madrigal Singers in one musical extravaganza for the senses