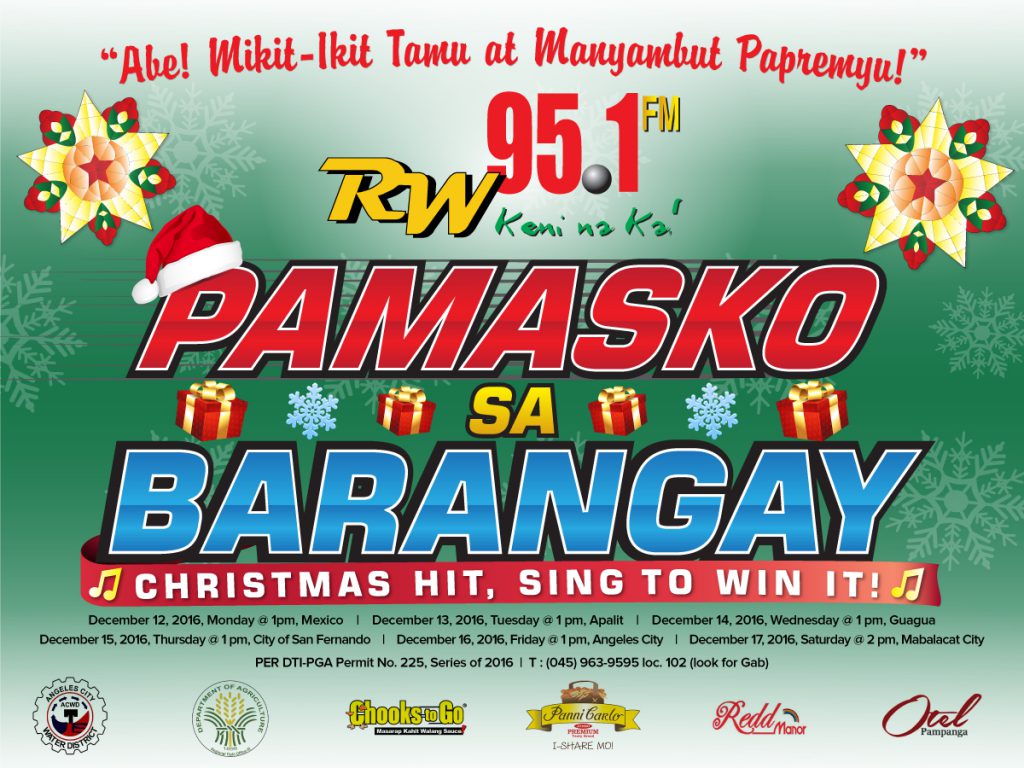 RW 95.1 FM, a proud member of the Laus Group of Companies Tri-Media and the Kapisanan ng mga Brodkaster ng Pilipinas (KBP), celebrated this holiday season by reaching out to our Cabalens with another remarkable event – “Pamasko Sa Barangay: Christmas Hit, Sing to Win It!”.

From December 12 to17, with the goal of giving joy and entertainment to the avid listeners of RW 95.1 FM, five (5) grand winners from each barangay who were lucky to join the on-air promo were asked to sing-along with their chosen Christmas song. The participants sang their hearts out not only in front of the crowd in the event area, but also for the whole Central Luzon and beyond.

Moreover, mascots such as Jollibee, Hetty, Yum, Twirlie, and Popo from Jollibee Foods Corporation, and Tom Crew from Chooks to Go added more fun to the event by showing off their dance moves on the stage.

Several games such as Bring Me and Chicken Dance, not only brought laughter and excitement to the audience but also paved way for our fellow Kapampangans to showcase their talent in dancing.

Christmas is most truly Christmas when we celebrate it by sharing the light of love to those who need it most. With the success of this recently concluded event, your countryside radio once again sees the coming year with optimism and enthusiasm, and wishes every Filipino a joyful Christmas and a prosperous new year.