Today, we remember a greatc man, a visionary and a committed philanthropist. A man whose altruism pushed him to establish a radio station that would give Kapampangans an avenue to access the most accurate information about their communities during the tragic lahar inundation back in 1995.

He was Levy P. Laus, an august man who braved putting up RW 95.1 FM amidst an economic turmoil in the province at that time. Sooner after, RW 95.1 became a multi-awarded radio station. The latest of which was conferred by PARAGALA, the Central Luzon Media Awards initiated by the Communicator’s League of Holy Angel University RW 95.1 FM was also crowned as the Best Provincial FM Station by the Kapisanan ng mga Brodkaster Ng Pilipinas in the 27th Golden Dove awards. The station bagged the same distinction the years 2007, 2011 and 2016.

Twenty six years after RW 95.1 FM’s conception, one of the most infectious and deadliest diseases –the corona virus disease 2019 or COVID-19–hit the planet. RW 95.1 FM, once again, is at the forefront of the mission it was built upon, helping cabalens when they need it most. Amidst the lockdowns, fears and psychological stress on the uncertain, RW stood up when almost all others started shutting down, depriving the masses the needed information.

Covid-19 had crippled a lot of business operations but li never dampened RW’s heart and passion to serve. It is this passion that drove RW and its people to find all the means to broadcast despite the scare, adopting digitally-pivoted operations through zoom video conferences, and setting-up equipment needed to deliver news and entertainment-through music-to the people, right at the comfort of their homes.

RW began providing public service two decades ago and continues to serve in this time of the global pandemic. The station vows to strive further to remain as the FM station in Central Luzon that delivers the news and information and sparks hope in times of uncertainties.

Cheers to all the brave men and women of RW 95.1. Thank you to our listeners, advertisers, partners and supporters, Happy 26th Anniversary

Oa Na Tour: Spectacular is Not an Exaggeration 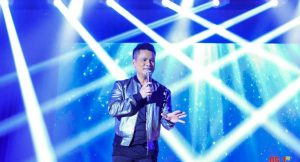 Oa Na Tour: Spectacular is Not an Exaggeration

February 18, 2019
One Golden Chance to Experience Bee Gees in Pampanga One Golden Chance to Experience Bee Gees in Pampanga 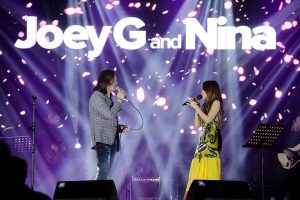