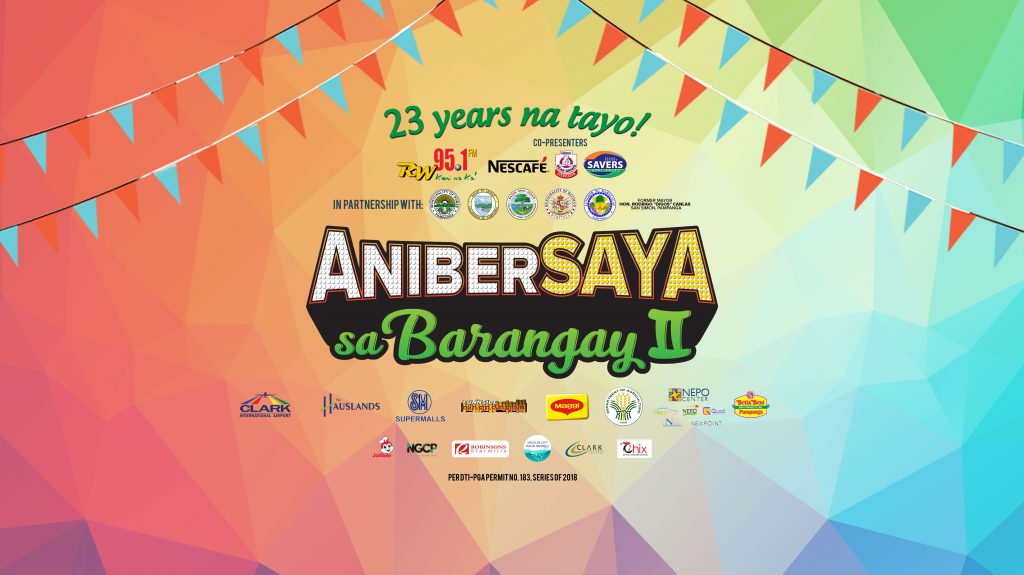 You know it was a fruitful year when you just had an Ice Seguerra concert in February; Nonoy Zuñiga in March; Lani Misalucha in April; Stephen Bishop in May; Joey G and Nina for June; and, two Golden Dove awards for “Best Radio Promotional Material” and “Best Provincial Public Affairs Program”—all within a year! All produced and earned by the hard working and enthusiastic people of your multi-awarded radio station in the Philippines, RW 95.1 FM.

And now, in celebration of our 23rd Anniversary, we can’t afford not to give back all the love and warm support you have showered us all through the years. From our radio programs, promos, concerts and other activities, you have all been there. From the bottom of our hearts, we thank you so much for making us a part of your lives!

Catch the voices you hear over the radio for decades now, DJ Tyra, Kian, Alex, Lauren and Cassie; news and public affairs hosts and commentators Perry Pangan, Boy Santiago and Albert Lacanlale, together with the whole team of RW, as we visit selected towns in Pampanga areas to personally give away cash, grocery items, gift certificates and, most importantly, fun and laughter for the much anticipated “Anibersaya sa Barangay! Part 2”

Yes, we are bringing it back due to popular demand! But, this time, we are making it bigger and more exciting with bigger cash prizes, groceries, appliances, gift certificates and many more!

The first 500 individuals who can bring the required things announced over the radio will qualify and will be given raffle numbers. From these 500 lucky people, five (5) winners will be picked in the raffle draw to sing-along with a given piece on radio. Winners will take home cash and gift packs.

We are all set and we can’t wait to see you there!

RW Anibersaya Sa Barangay Part 2 is brought to you by our co-presentors Nescafe, Bear Brand and Savers Appliances. This is in partnership with Municipalities of Porac, Arayat, Apalit and Bacolor; Mabalacat City and Former Mayor Digos Canlas of San Simon Pampanga.